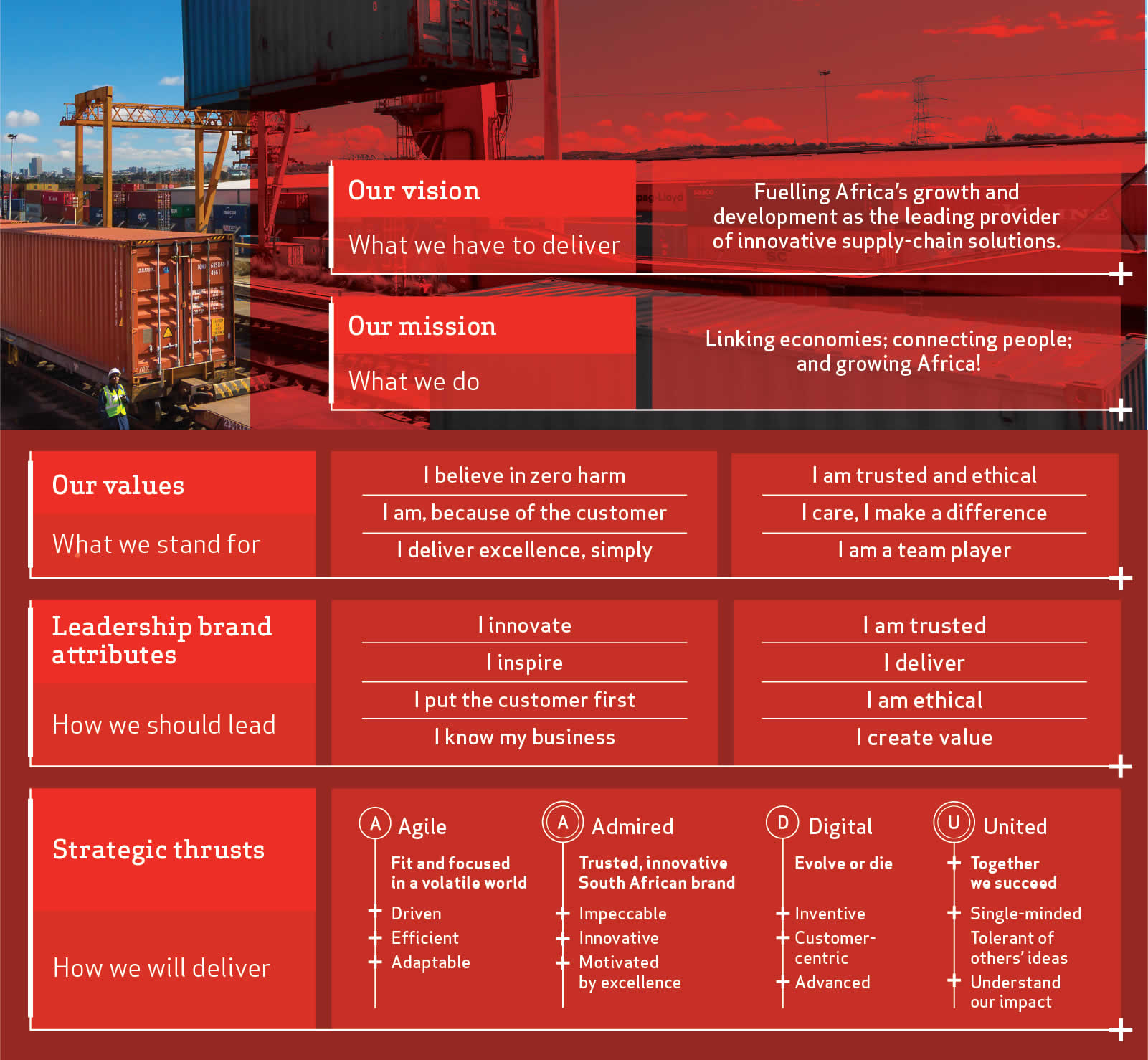 Permanent employees represented by collective bargaining as a % of total headcount 81,4%


As we enter the 4th Industrial Revolution, opportunities for suppliers include:

As Transnet expands regionally, we will spearhead regional supply-chain opportunities for South African-based SMMEs and expand Transnet’s Enterprise and Supplier Development Strategy to support regional supplier development in countries where we operate.


Our integrated Enterprise and Supplier Development Strategy supports the rise of young black entrepreneurs through the various developmental levels – from high-school innovation programmes through business case development and business incubation to our Black Industrialist Programme and our regional and global exporting and trade programmes. 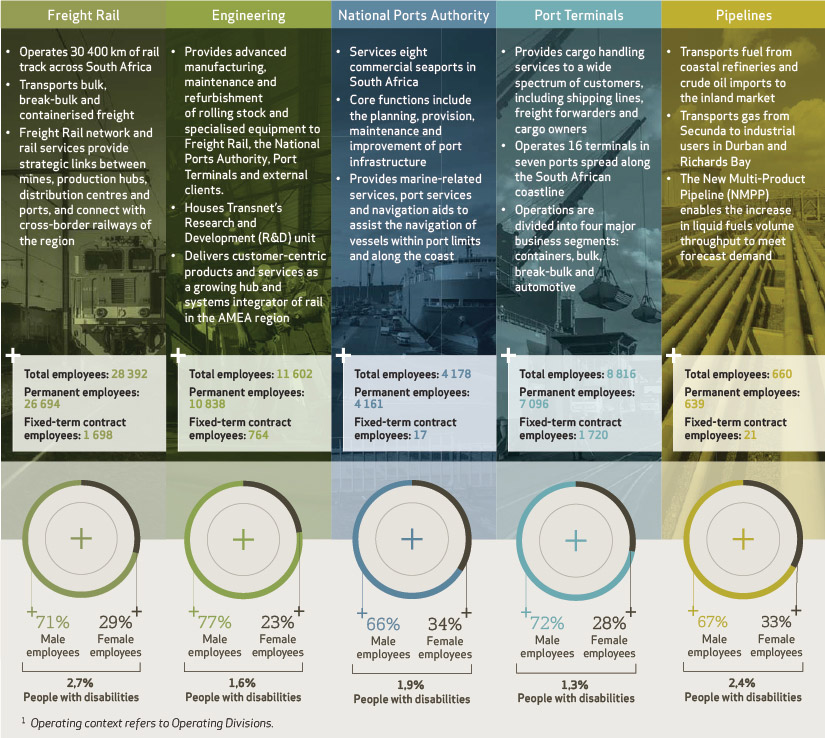 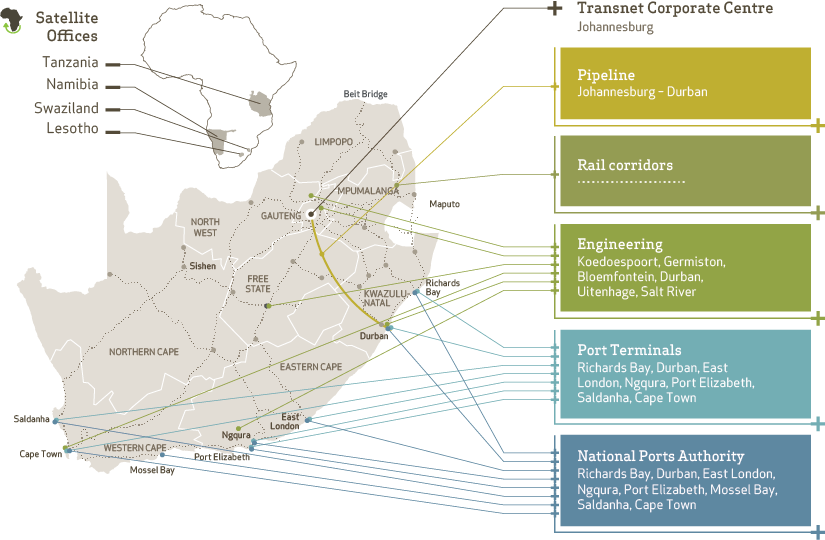 Transnet is transitioning from the Market Demand Strategy (MDS) – first implemented in 2012 – to a new blueprint for growth and diversification, the Transnet 4.0 Strategy (Transnet 4.0).

The MDS has largely achieved its objective of closing the market demand capacity gap for freight logistics infrastructure, with approximately R165,6 billion invested in the previous six years. Transnet 4.0 provides a framework for Transnet's growth and diversification within the context of the 4th Industrial Revolution.

Main growth thrusts of Transnet 4.0 include:

The Railway Safety Regulator regulates the safety of the rail operations of the Company, issues safety permits (for a fee), and conducts inspections and audits on the Company. Transnet also operates within a policy context determined by the Department of Public Enterprises and the Department of Transport respectively.

As a SOC, the financial strategy reflects the higher risk profile of the business. To meet long-term market demand, Transnet invests for long-term growth prospects, but considers short- to medium-term volatility in domestic and international markets. Transnet raises funds in the debt markets based on the strength of its financial position, having raised funding without Government guarantees since March 1999.

Funded through reserves and borrowings with no subsidies or guarantees received from Government.

Remain within the medium-term target – Gearing <50% and cash interest cover of >2,5 times.

Transnet's strategic focus is guided by the Statement of Strategic Intent issued by the Minister of Public Enterprises and the Shareholder’s Compact, which stipulate medium-term strategic objectives, including:

Endorsement of external charters and frameworks (not limited to)

Membership of associations (not limited to) 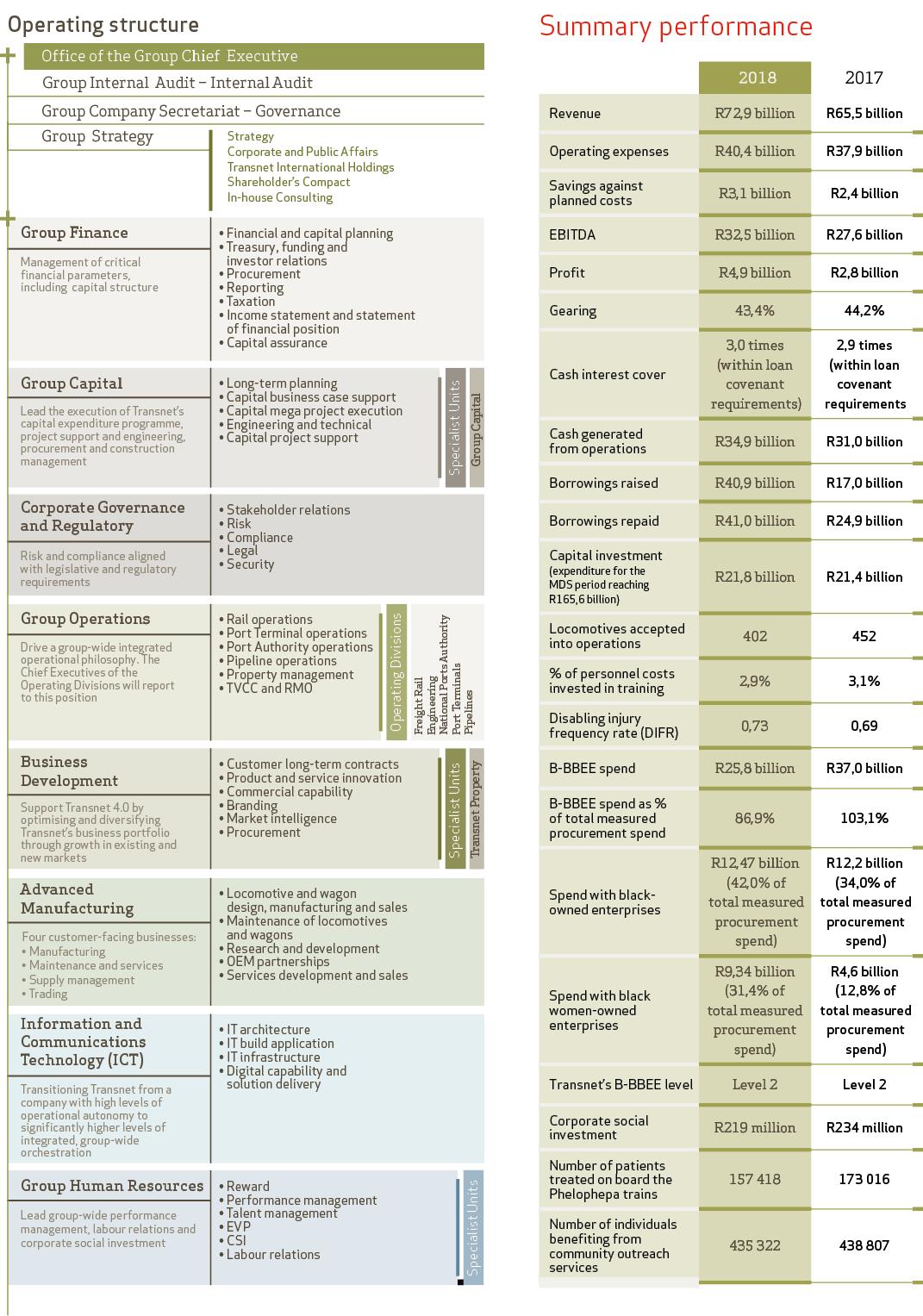